I was listening to a livestream this morning and I had to share some information.

Many times, those who have been involved in toxic relationships have been made to feel shame and embarrassment for being in that type of relationship or for failing to leave when others think they should leave. Let’s STOP.

People who are empathic in nature, meaning there’s an ability to understand and share the feelings of someone else, always want to see the good in others. I have always been tuned into the feelings of others around me and will react to excessive stimuli. This is why a trip to NYC is so exhilarating to me as well as exhausting! As an empath, I’m taking in so many emotions and energies around me, it’s hard to even focus on the food!

That said, do you think a person expects to be abused? No! We want to see the good in people. We look through the unpleasant and try to see people as God sees them. We want to love and be loved by that person. We never think a person can and will pretend to be someone they are not – purposefully.

Disclaimer: I will never label a person as a “narcissist” unless I know for sure they have been clinically diagnosed. In my case, there was no clinical diagnosis, unless that was the one thing that was not shared with me. Maybe part of the pretense? Maybe. I do know, however, from personal experience that this person displays 8 of the 9 traits of Narcissistic Personality Disorder (NPD).

So, in my relationship, I thanked God because I thought that after everything else He restored to me, He was sending my Chapter 2 to love me for the rest of our lives. I later learned that the enemy heard the words I spoke “You didn’t send the love I had” and used those words against me. HE TRIED IT BUT GOD knew what was going to happen and protected and provided for me!

I shared my happiness with all of my family, friends, associates and colleagues. They shared in that joy. They gave many words of encouragement and blessings. They were awesome! They followed me for 7 days as I drove across country to meet my Chapter 2. I was grateful for that opportunity to prove God’s protection and the independence He allowed me to experience by walking me through doing something I had never ever done before.

Not only did my friends and family witness the words of love coming from this person, they also saw the times when he would lash out at others for no apparent reason. I saw it too. I knew, because he told me, that he had been hurt in life. I knew the pain that trauma can leave and the impact on your life. So, although I saw very early that there were signs of insecurity based on the hurt he had sustained, I knew I could “love him past his pain”. I felt like I was in a Tyler Perry movie. But I understood hurt and betrayal very well and it felt good for someone to say again that they loved me. To have known this person since I was 15 years old, I thought it was the perfect set up. I even said how blessed was I to have TWO of the best loves in my life.

I was also still bleeding from the trauma I had sustained. People with NPD are like sharks and can smell blood. He attacked! And he knew he would be successful because he wasn’t a stranger to me. I initially said, I was not interested in anybody after my husband because I did not think anybody could love me like he did. Man, how right I was!

He pretended to be someone he thought I needed and wanted in that season of my life. He began by isolating me from people who loved me – my family and friends. He continued with gaslighting, projection, grandiosity, manipulation, control, extreme jealousy, monopolizing conversations, extreme mood swings, overly boastful about achievements, superiority to others and lack of empathy for others, always craving the “best” of everything, which is one reason why we lived in a 6 bedroom house, and fragile self-esteem. This is JUST a taste! This doesn’t even include the physical abuse!

So, why on earth would I want to be subjected to that? For love – when I was being killed inside and outside? I didn’t even recognize myself at the end. People are being told that I left because I seduced a man while with him and I went to live with that man. For those who know me, that couldn’t be any further from the truth! I left for ME – to save my life, regain my self-esteem and repair my soul that had been lost. No matter how much I loved this person, I loved myself more!!

What we must not do is blame the victim! We all have heard someone ask the question “what did you do to cause it”? There are a number of reasons why a person with NPD will damage the person with whom they’re in a relationship but none of those reasons are the victims’ fault. The responsibility belongs to the abuser. But I had to learn that one of the traits of a person with NPD is that they will never take responsibility or accountability for anything they have done wrong. That’s unfortunate. That’s why I take so much time to educate on recognizing those signs, discerning those behaviors and ensuring that you take care of yourself. If we all know what to discern, we may be able to avoid the hurt that many have sustained.

I was recently watching a movie and started talking to myself. I’m shouting at the TV and telling the lady “open your eyes – that’s a red flag”. “Be careful”!

Here are some things to be careful of which points to “victim blaming”:

Victim blaming is trauma within itself because it’s hurtful and harmful to your mental and emotional state. We are placing trauma on top of trauma already sustained. It’s considered a secondary trauma or a secondary assault. It forces you to internalize the trauma that shame, anxiety, guilt, embarrassment, depression and PTSD can impose – it can even lead to suicidal thoughts.

US News & World Report: “We are a culture of victim-blamers,” Engel says, adding that those who suffer sexual abuse – from young children to predominantly female students on college campuses – are frequently blamed for what happened to them. “The core of victim-blaming is that we don’t want to feel out of control,” she says, since being victimized – or learning that someone else was victimized – threatens to shatter the illusion that we’re always in control of what happens to us; and it runs counter to a notion rooted deeply in our society, Engel says. “Fighting for our freedom, being independent, fighting against someone controlling us – we have a whole history of that.”

If you have been a victim, remember:

I am no longer a VICTIM. I am a VICTOR because I defeated the enemy!

The victory belongs to Jesus! Victory was not a matter of me fixing or changing the circumstances like I thought I could.  Victory was IN ME. It was me coming to the place in my relationship with God where I believed Him – independent of the circumstances. It didn’t matter what the situation looked like. I knew and believed what God said! I had the victory of faith and that victory means freedom!

If you are looking for a speaker who will impact your audiences as she shares getting through their pain to their power, their tests to their testimonies and their agony to their aspirations, please think of The FIRST lady.

Visit the website for everything that we offer in Inner Healing:
1. Livestream and Clubhouse Teachings
2. Guest Podcasting
3. eBooks
4. Online Courses
5. Group Coaching
6. 1:1 Coaching

If you have experienced trauma and need coaching/counseling on releasing it, please join our Facebook group.
If you are looking for a second stream of income while helping ladies improve their self esteem, please join my VIP Group.

God bless you on your NEW journeys!

I am picking up ministry where my husband left off!

You may think Clergy Members have an easy life. My husband and I use to refute comments almost every day with people saying “you only work one day a week”. Nothing could be further from the truth. Because of the demands placed on clergy, they are at a much greater risk to suffer from depression and anxiety than any other profession. This was confirmed through a study of the Clergy Health Initiative at Duke Divinity School. We use to tell those people that they “see the glory but don’t know the story”.

A powerful predictor of depression and anxiety was most notably job stress. Activities, including grief counseling, navigating the competing demands of congregants, and delivering a weekly sermon that opens them up to criticism are among the most stressful. When pastors have to move from one activity to another quickly, this exacerbates the stress.

Pastors often experience a sense of guilt about not doing enough, which leads to depression. If they have a minimum of social support, they’re at a greater risk.

“Pastors may have created a life for themselves that is so strongly intertwined with their ministry, that their emotional health is dependent on the state of their ministry,” said Rae Jean Proeschold-Bell, the Clergy Health Initiative’s research director, and assistant research professor at the Duke Global Health Institute. “So it’s possible that when pastors feel their ministry is going well, they experience positive emotions potent enough to buffer them from mental distress. Of course, the converse is also true.” 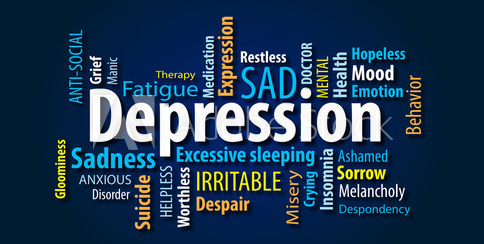 My husband’s life was so strongly intertwined in the ministry that we never took a real vacation. Our time away was built around conferences and conventions. Additionally, whenever we traveled, he always had a place to spread the gospel. He loved the church and loved the congregants wholeheartedly. He sacrificed much of our family time to serve the church and her members. There were still comments that what he was doing was not enough and the appreciation was many times minuscule.

Betrayal was the ultimate act that lead to his severe depression, subsequently leading to his demise. This seems so senseless when your whole life is built around love for people.

I believe pastors know what they can do to preserve their mental health. But congregation members can best preserve their pastors by volunteering for tasks, following through with commitments made by the church, sharing with your pastor when you are helped by their work and word and making it possible for them to take much needed time away.

#AllLivesMatter, if not to you, certainly to God!